A GREAT Cruise for me!!

I'll be flying to Singapore later this week to do an 8 day cruise contract sailing to Ho Chi Mihn City. It's a last minute booking and I'm thankful for the work.

Just got my Cruise Itinerary and had to laugh!

I fly to Singapore and have one day at sea followed by 5 days in Thailand (2 days in Koh Samui and 3 days in Laem Chebang - the port is 20 minutes from my house so I can actually go home!)! One final day at sea and then I fly home!

Of course this all depends on what happens following the Supreme Court decision on Friday! If things go haywire, they may have to change the itinerary for passenger safety. I sincerely hope things stay calm.
Posted by Jim Coston at 3:26 AM No comments:

If you are an Ex-Pat living in Thailand, or the friend or relative of one, you may have read some alarming headlines lately regarding the ongoing turmoil in the Land of Smiles.

Thaksin supporters (known as Red Shirts), have have vowed to demonstrate after the verdict (widely expected to go against them).

Embassies have issued travel warnings and the government has deployed thousands of troops and assigned guards to Supreme Court judges due to fears of a violent backlash if the tycoon's funds are seized on Friday.

The Thai government has announced it will cede control of security to the army and even declare an emergency if necessary, but says it hopes to control the situation.

No one knows for sure how the court will rule ..or how the affected parties will react.

On a personal level, I feel no direct concern for my safety. I will take the usual precautions one should during a contentious time in any country. I will avoid crowds (especially in the "hot spots" around Bangkok), I will make sure I have plenty of food, water, batteries, cash etc at home in the event some businesses close and I'll keep a close eye on the local Thai media for any signs of escalation.

Other than that, it's life as usual here in Jomtien Beach.

Unfortunately, Thailand is now in the top 10 of the Maplecroft Terrorism List (#9). The index measures not only the risks of an attack, but also the chances of mass casualties occurring.

The top listing is as follows...

The figures however, here are a little misleading. The majority of the unrest in Thailand occurs in the very southern region (hundreds of miles away from BKK) along the border with Malaysia and doesn't affect the the tourist destinations of Bangkok, Chiang Mai & Pattaya at all.

I've spent considerable time in India (5) and Columbia (8) and believe me, I feel 1000 times safer in Thailand than I ever did there and even safer than in the United States (46).

Thailand is a beautiful, welcoming country that deserves a much better reputation than it currently holds. This current crisis will pass, and hopefully without incident.

Thailand has been my home since 2006 and I have no desire to live anywhere else.
Posted by Jim Coston at 11:32 PM No comments:

The Saint's Go Marchin In! 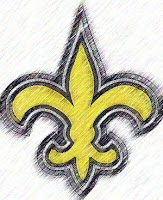 It was a thing of beauty..

Initial reports it may have been the most watched Television program in American history. I watched here in Thailand at 6:30 am with friends.

Even up by 14 points and less than two minutes to play, I held my breath until it was over.


Like all New Orleanians (OK, I only lived there 21 years so it's honorary at best), I shed tears of joy for the city that has waited 42 years for this moment.

I still remember my first return to the city following the disaster. Katrina struck August 29th, 2005 and we were first allowed back into the city (dusk curfew still in effect) on October 19th. 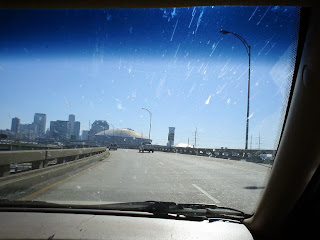 Driving into the city, the first thing you really see that feels like "home" was the Superdome. Of course, just six weeks earlier it had been the refuge of last resort for thousands of people trapped by the storm.

As you drove past it, you could see the ravages inflicted on the building by the storm and it's aftermath.

Those scars are now beginning to heal.....

As you get older one tends to get interested in longevity. There's an Interesting website that tracks whether famous people are still alive or whether they have passed away called DEAD OR ALIVE.

Although it is always sad to see who has passed, to me more interesting is who is still among us. I'm pleased to say a couple of those on this list are friends of mine.