Great news for travellers who use Suvarnabhumi Airport (Bangkok Int'l)!

Three years after the airport initially opened, FREE WIFI was inuagurated this week bringing it inline with services already available from regional competitors such as Singapore and Hong Kong.


To use the service, simply present your boarding pass at any airport information counter to get a username and password for the 1 Mbps service.

Martini In the Morning 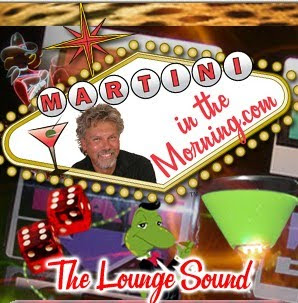 Every once in awhile, you come across something special and want to share it with everyone you know.

For me, Martini In The Morning is one of those special things.

What is Martini In the Morning, you ask?

As I write this, I'm enjoying Louis Armstrong's "A Kiss To Build A Dream On". Moments ago they played Bette Midler & Linda Ronstadt's "Sisters".

If your musical taste runs toward Cole Porter, Harold Arlen and George Gershwin - this is where you'll want to listen everyday.

I first found MITM via my mp3 player that supports streaming Internet radio. If you don't use a media player (like Winamp, Spider, Real Player) you can listen via the Web at:

One of the first things you'll notice is the fact that they have very few commercials - maybe 2 or 3 minutes an hour. Most stations' these days run 15 minutes or more an hour.

The driving force behind MITM is Music Mixologist Brad "Martini" Chambers who has kept the music playing for the past three years despite the fact that many in the Radio Industry maintained it couldn't be done.

It hasn't been easy. This musical labor of love deserves a lot more listeners.

Brad hosts the morning show (Pacific Time) which actually is evening for me in Thailand. His personal conversational style augments the music nicely and doesn't detract from the main focus - the music.

So, do yourself (and Brad) a favor and give Martini In The Morning a listen.

Drop them a note and let them know you appreciate them keeping the great American Songbook alive.

{Micheal Bublé is now singing "Pennies From Heaven"....}
Posted by Jim Coston at 6:30 AM No comments:

Milton was born in Franklinton NC in 1926 and after a stint in the Navy in the latter part of WW2, became a Disc Jockey. He parlayed that into local Television shows in Cleveland and Detroit before attracting national exposure in the late 50's and 60's.

I met Milton (very briefly) while standing in line behind him at Orlando International Airport back in the mid 80's. Although his hair had greyed, his rubber face and infectious smile remained.

He was always known for his having time for his fans and would sign autographs graciously.

In recent years, his health has been failing and he has been out of the spotlight.

Of course, his greatest success came from doing a children's show in NYC (actually watched by a lot of adults) but he was a familiar face on game shows.

Wild & zany, he sometimes got into trouble with his on air pranks. Once he encouraged children to go into their parent's wallet and send him pictures of US Presidents on green paper (They did!).

He shared the stage with hundreds of stars including Ernest Borgnine, Frank Sinatra, Shirley MacClaine ........ and White Fang, Black Tooth and Pookie the Lion!!

By now, some of you know who Milton Supman became....

It was, of course Soupy Sales!!
Posted by Jim Coston at 8:58 PM No comments:

...A Little Rain must Fall.

And so it is in Thailand .... especially in October.

When you talk about seasonal changes here you really don't think hot or cold (except in North Thailand where in can get very cold!). Here (since it's always warm), we think in terms of wet or dry.

Although "Monsoon Season" begins in June, September & October are traditionally the wettest months and this year is no exception. We've been treated to some spectacular lightning displays late at night (much more interesting to watch than most television these days)and the temps have moderated to the point that Air Con really isn't needed at all.

All this will begin to resolve itself in the next few weeks and make way for our glorious high season weather.

By mid November the humidity and temps will fall noticeably. It won't be "cold" but it will certainly feel cool & brisk compared to the summer months.

Although I love Thailand hot or cold, wet or dry - November to February are my favorite months!!
Posted by Jim Coston at 8:37 PM No comments: