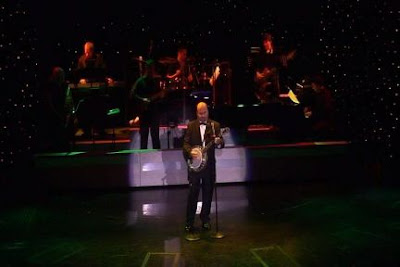 {One of the advantages of having your own blog is that you can pretty much write about what ever you want. After almost 200 blog entries over the past three years, I've decided to use this forum to promote myself a little!} 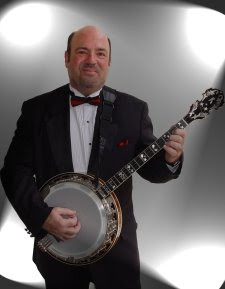 With almost 30 years in show business primarily as a headline cabaret act on Cruise Ships and in Nightclubs, my shows are geared to a family audience. I can easily perform as the featured entertainment or as a specialty act slotted into a larger show.

With the recent addition of high quality backing tracks, my shows can be presented without the added expense of a backing band!

For full details, visit www.jimcoston.com and you can view my promotional videos at www.youtube.com/jcoston

Few sounds are as distinctively American as Dixieland Jazz. From the smoke filled clubs of New Orleans' French Quarter and up the Mississippi River on the great stern wheelers, banjo players have spread a style of toe tapping good time music recognized the world over.

Today, there are but a handful of musicians to carry on that legacy. One of them, Jim Coston has been sharing his hard driving banjo solos and homespun sense of humor with audiences around the world for almost thirty years.

More than just a musician - Jim Coston is an entertainer. By combining traditional Dixieland Jazz with a selection of Broadway show tunes, popular standards, classical favorites, novelty tunes and just a touch of bluegrass, Jim Coston brings the banjo into the new millennium with and eclectic evening of music and comedy sure to please audiences everywhere.

Jim Coston has been a featured headline Cabaret Act on over 80 different cruise ships worldwide. Additionally, he has been featured at numerous Theaters, Fairs, Conventions, Corporate Events and Nightclubs across the USA as well as local and national Radio & Television appearances.


Currently, Jim has three shows of approximately 45 minutes in length.

These tracks can be used by themselves or can be used to augment a rhythm section or small combo to produce a full sounding show without the expense of a complete orchestra!

Due to my international travel & performance schedule, email is the fastest and most efficient way to contact me. jcoston@yahoo.com

Posted by Jim Coston at 9:05 PM No comments:

It's roots go back centuries and is usually in April or May (depending on lunar phases as most religious holidays are here).

In 2009, the ceremony was held on May 11 in Thailand and on May 12 in Cambodia. The date is usually in May, but varies as it is determined by Hora (astrology) (Thai: โหราศาสตร์ (ho-ra-sat).

In the ceremony, two sacred oxen are hitched to a wooden plough and they plough a furrow in some ceremonial ground, while rice seed is sown by court Brahmins. After the ploughing, the oxen are offered plates of food, including rice, corn, green beans, sesame, fresh-cut grass, water and rice whisky.

Depending on what the oxen eat, court soothsayers make a prediction on whether the coming growing season will be bountiful or not. The ceremony is rooted in Brahman belief, and is held to ensure a good harvest.

In Thailand, the rite dates back to the Sukhothai Kingdom (1238-1438). By the time of King Prajadhipok in the 1920s, the practice had been discontinued. It was revived in 1960 by King Bhumibol Adulyadej.

In both Cambodia and Thailand, the ceremony is typically presided over by the monarch, or an appointee. Sometimes the monarch himself has taken part in the ceremony and actually guided the plough behind the oxen.

In recent years in Thailand, Crown Prince Maha Vajiralongkorn has presided over the ceremony, which is held at Sanam Luang in Bangkok. Rice grown on the Chitralada Palace grounds, home of King Bhumibol Adulyadej is sown in the ceremony, and afterward, onlookers swarm the field to gather the seed, which is believed to be auspicious. Farmers will often mix the grains with their own rice stock, or the grains might be kept as a good luck charm.


The Bangkok Post reports this year's Royal Ploughing Ceremony has predicted that water and food in the country would be bountiful.
Posted by Jim Coston at 10:13 PM No comments:

There are many types of superstitions in Thailand. Wearing the proper colors is considered to be Good Luck or "Chok Dee"

Many Thais believe that if they dress with the color synchronized with the day it will bring them good luck. I have listed below colors appropriate for each day:

Black is not a lucky color for for many older Thais as it is reserved for funerals. You do see many younger Thais wearing Black as it is considered to be trendy.
Posted by Jim Coston at 2:00 AM No comments:

In my previous post regarding H1N1, I referenced the Public Health Permanent Secretary Prat Boonyawongwiroj - and that's one of the easier names!!

Thai's have first and last name but no middle name. Most Thai's cannot tell you their close friend's last name and quite possibly may not know their real first name either.

The last name is rarely used except in formal introductions and writing.

All Thai's have nicknames or "Chu Lin" which translates into english as "name for play".

Thais are usually given their nicknames at birth or as a young child by their parents.

First Case of H1N1 in Thailand

The newspaper The Nation is reporting the first case of H1N1 (Swine Flu)in Thailand.


Public Health permanent secretary Prat Boonyawongwiroj confirmed Saturday that a suspect case of Influenza A(H1N1) has been detected in Thailand.

He said the person is under quarantine and has been healed from the illness.

The Public Health Ministry has request a test by the a US lab to confirm the finding, Prat said.
Posted by Jim Coston at 1:15 AM No comments: