Welcome To the Green Room

As previously posted, I'm working on developing a new website for Entertainers called Entslist.com. It's designed to be a resource for working musicians, vocalists, dancers, radio/TV talent & Variety Acts.

Over the past few years, sites such as Facebook & Myspace have changed the way people use the Internet - it's known as social networking.

To that end, we've added our own social networking site to Entslist called, appropriately THE GREEN ROOM.

In the Green Room, members can upload photos, take part in discussions, upload their video and music files and meet other entertainers around the world.

As people join, they are encouraged to invite their friends along, thus expanding the membership.

Since the group is targeted at Entertainers (and of course Agents & Promoters), the opportunity for worldwide networking becomes a reality.

I hope, if you are involved in the entertainment industry, you'll come along and take a look.

It free, of course.
Posted by Jim Coston at 3:55 AM No comments:

A Room with A View

Almost everybody I meet is fascinated with the fact I live in Thailand. In fact, after hearing my story, a lot of them are ready to pack a bag and move here immediately!
While I consider Thailand home and wouldn't want to live anywhere else, that doesn't mean it's right for everybody.
What I tell everyone is, if you thiink you'd like to live here, come and stay for awhile (at least a month) and immerse yourself in the "local life". In other words, don't live & spend like a tourist - "live" here like you would day to day at home.

See if it appeals to you. It might not, you know.
Condos are plentiful in Pattaya (for short or long term rental), most are reputable and well maintained - but a few aren't.

So for my friends out there who think they "might" want to stay here, I can recommend a great Condo available near the beach owned by my good friend Sakdid "Pop".
Pop is Thai but speaks excellent English - I know he's a good, honest landlord - I've been renting from him for over two years!
You can get all the details at http://www.jimcoston.com/condo.html
Here are a couple pictures 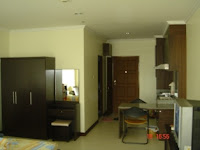 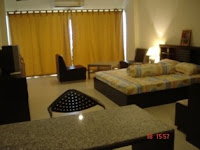 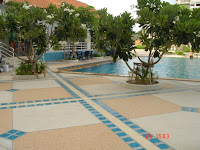 Posted by Jim Coston at 6:16 PM No comments:

Birth Of A Notion

Many years ago I put together a list of Entertainment Industry Contacts and distributed it amongst my fellow entertainers. By the early 1990's, the list grew to over 30 pages and 2000+ contacts!

As the internet began to flourish, I ported the entire project to the Web and for eight years maintained it under the name "The Essential Entertainer's Links".

After Hurricane Katrina, I found it difficult to maintain the site and eventually abandoned the project.

I've received a lot of emails from users asking if I'd ever consider putting the information online again.

After a two year hiatus, I'm happy to report the new incarnation is online, currently in Beta Testing and is called ENTSLIST .

I've partnered with Ric Steel in Nashville, to rebuild the site.

Our goal is to build a one -stop resource for Working Entertainers regardless of their field. It's a work in progress and (hopefully) will be ready for "Official Launch" in July 2008 ... but you can get a sneak peak by going to http://www.entslist.com/.

I hope you'll find it useful and I encourage you visit often as we will be adding new features as we go along.

You can help us by including our banner on your site (available at http://www.entslist.com/link_to_us.htm )

Posted by Jim Coston at 1:40 PM No comments: