The Travails of Travel Part 1

As an entertainer who travels internationally much of the year, I take most problems in stride.

Last month, I was hit with something new.

While flying out of San Jose, Costa Rica I was stopped by Security to have my Banjo inspected. That in itself is not unusual as many times, while it is being x-rayed, they want to see what this odd shaped (and sounding) instrument looks like.

This time, after taking it out of the case, I was informed I could not take the banjo strings on board the plane as they constutute a security threat.

I've hand carried by banjo literally dozens of times on to planes since 9/11 and never had this issue come up before. I tried asking "why" only to get a smile and a "no hablo ingles" as a reply.

So, I left about $90 worth of Banjo strings in Costa Rica. I suspect there is no rule forbiding the transport of banjo strings - instead I think my security guy needed strings for his guitar!

It brings to mind the story I tell in my show about being hassled by the airlines whenever I try to hand carry the instrument.

I asked them. "Why can't I carry it onboard? Are you afraid I might bludgeon someone with it?" 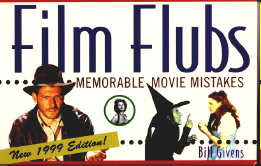 In 1996, I spotted a major "Film Flub" in the summer blockbuster "Independance Day".

I happened to have Chicago Film Critic Roger Ebert's email address and sent him a short note detailing the gaffe.


To my surprise, he responded by giving me the email of Bill Givens, who had authored a book on such mistakes and suggested I forward mine to him for possible future inclusion in the sequel.
I did and he did! In Film Flubs (pictured above) I'm credited with submitting the scene.

Now Bill has released a new book call Reel Gags (no, I'm not in it) that chronicles "inside jokes", pranks, gags and secret messages included by film makers. 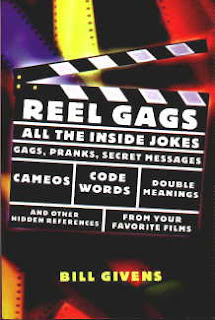 
Although I haven't read it yet, I know Bill's writing style and I have no doubt that it will be a fun read. Pick it up and re-watch those old movies with a completely different perspective.

In Independance Day, the US President holds a copy of USA Today while reading the headline. On the back of the A section is a US Weather Map color coded by temperature (called a thermograph). Although it is July 3rd (the day before Independance Day), the map clearly shows freezing temps all the way down to Florida!!

Obviously they shot the scene in mid winter and didn't notice the continuity problem!
Posted by Jim Coston at 8:20 AM No comments:

In Thailand, it seems everyone has a cell phone. Apparently, fewer Thais have "land line" phones anymore.

(BangkokPost.com) - More and more Thais are ditching home phones and using mobile phones, according to the Department of Business Development

In a recent survey, over 28 million Thais have mobile phones. Up to 68 per cent of these people are Bangkokians. The northeastern region has the lowest number of mobile phone users with just 37 per cent.

The Department of Business Development also observed a significant drop in home phones. In 2007, only 24 per cent of households still used home phones, a slight drop from 2006.

Mobile Phone shops are everywhere. For About $50 USD you can buy a basic cell phone and SIM Card. Recharge cards are cheap and available at any 7/11 Store.

Posted by Jim Coston at 1:20 AM No comments:

I'll be Home for Songkran

Songkran - the Thai New Years celebration held every year in mid April is the Siamese equivalent to Mardi Gras - only they throw water instead of beads!

The throwing of water originally was a way to pay respect to people, by gently pouring a small amount of lustral water on other people’s hands or over a shoulder as a sign of respect.

Among young people the holiday evolved to include dousing strangers with water to relieve the heat, since April is the hottest month in Thailand .

This has further evolved into water fights and splashing water over people riding in vehicles.

And, like Mardi Gras, there is a lot of drinking..and unfortunately driving.

After four days of holiday traffic and road accidents, authorities have counted 229 deaths across the country, with 3,315 people injured. The figures were taken from Friday through Monday.

Although the Songkran festivities officially end on Wednesday, many provinces have opted to end the official celebrations on Tuesday, to allow people to get back to work.

It's a good time to stay home...and off the highways
Posted by Jim Coston at 1:08 AM No comments:

A Credit to their Rice

Anyone who's been to the grocery store lately knows that food prices are going through the roof.

Worldwide, rice prices have risen 50% over the past 2 months and have doubled since 2004. There are concerns that the price could rise another 40% in the coming months.

According to Prime Minister Samak Sundaravej on his weekly radio and TV show"Rice will never be out of stock. We'll never starve. There's enough rice for Thais,"

Samak said some people were panicked by press reports on global rice prices and urged Thais not to hoard the staple.

While the situation in Thailand is not bad, other countries (such as the Phillipines, who import much their rice) face major obstacles.
Posted by Jim Coston at 8:49 PM No comments:

On the world Cruise of the Pacific Princess, Apollo 9 Astronaut Rusty Schweickart shared some amazing images from space with us. Here are a couple of my favorites!! 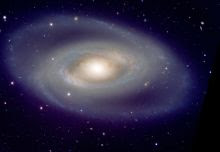 This gorgeous island universe lies about 85 million light-years distant in the southern constellation Fornax. Inhabited by young blue star clusters, the spiral arms of NGC 1350 give the galaxy the appearance of a limpid cosmic eye. NGC 1350 is about 130,000 light-years across making it as large or slightly larger than our own Milky Way. 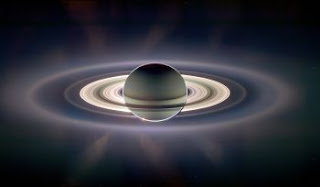 The Cassini probe to Saturn has taken a set of amazing pictures of a solar eclipse. As Saturn passed in front of the Sun, the spacecraft got an eerie view of the planet's spectacular rings. 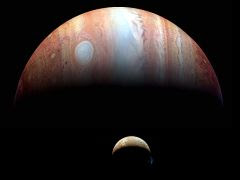 Jupiter and it's moon Io photographed by New Horizons.
Posted by Jim Coston at 12:20 AM No comments:

Where Few Men Have Gone Before...

I have just returned from the World Cruise on board the Pacific Princess. I joined in Dubai and sailed to Athens.

World Cruising is always an interesting event - you meet many interesting people along the way. On this cruise, one of them was Apollo 9 Astronaut Rusty Schweickart. 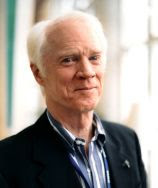 Rusty and his wife Nancy sailed the same segment and we were treated with a several wonderful lectures by the former astronaut. No longer with NASA, Rusty heads a non-profit organization devoted to dealing with NEO's (Near Earth Objects) that may eventually threaten life on this planet.


Schweickart joined NASA as one of 14 astronauts named in October 1963, the third group of astronauts selected. He served as lunar module pilot for Apollo 9, March 3-13, 1969, logging 241 hours in space. On the mission with Schweickart were commander James A. McDivitt and command module pilot David R. Scott.

Prior to joining NASA, Schweickart was a research scientist at the Experimental Astronomy Laboratory of the Massachusetts Institute of Technology (MIT). His work at MIT involved research in upper atmospheric physics, star tracking and the stabilization of stellar images.

Schweickart served as a fighter pilot in the U.S. Air Force and the Massachusetts Air National Guard from 1956 to 1963. He has logged over 4000 hours of flight time, including 3500 hours in high performance jet aircraft.

I got to speak with him several times throughout the cruise and at one point asked him what he thought about Hollywood's depiction of the space program.

Tom Hanks' 10 Part From Earth to the Moon mini series - Thumbs Up! The Right Stuff - Thumbs Down!!
Posted by Jim Coston at 11:56 PM No comments: